free shipping on orders over $75 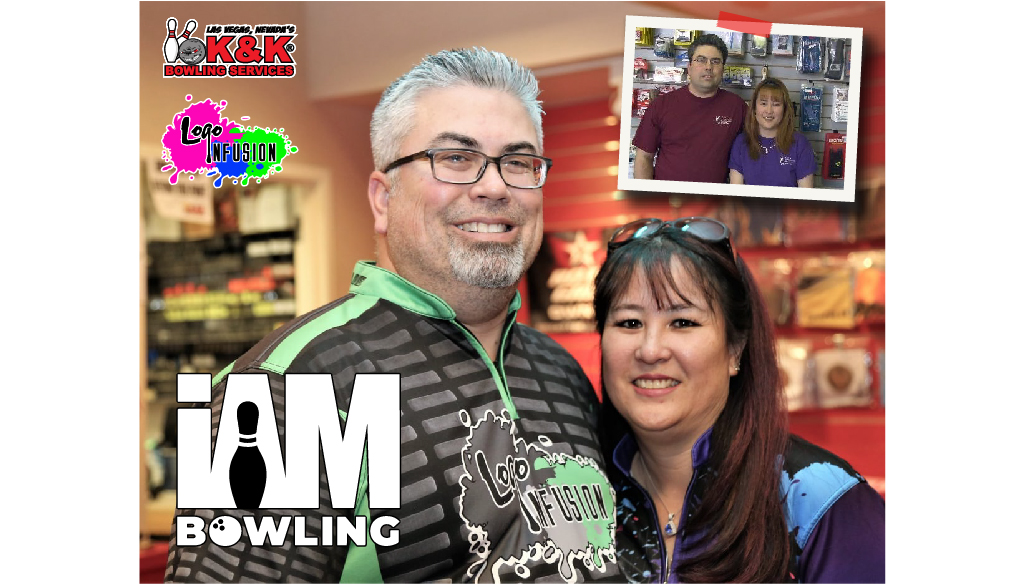 Our roots are in bowling.  Our founders, Kenny & Kathy met at Jewel City Bowl in Glendale, CA in 1991 where Kenny worked in the bowling center's pro shop.

Over the last 29+ years, a small group of brands have been developed by the Keegan family and their team, all supporting the bowling industry.

In 2000, K&K Bowling Services opened and has been a premier pro shop organization in the Las Vegas area ever since.  In 2008, Logo Infusion (originally K&K Embroidery Services), an apparel manufacturing and decorating company, was opened as the perfect compliment to K&K Bowling Services.  In 2021, Logo Infusion's newest bowling brand is unveiled.  I AM Bowling!  If you bowl at any level, you know how much FUN it can be.  Now with the I AM Bowling brand, we are here to help you look great while you enjoy the most participated sport in America!

Research shows that over 70 million people bowl at least one bowling game each year.  I AM Bowling has been created to be the first bowling industry brand to pursue all bowlers, those that bowl competitively and those that bowl just for FUN.  We believe bowling is the greatest sport ever, allowing everyone to participate at their own level.  Our mission is to put a smile on every bowler's face through our apparel and accessory products.

Chain of Events that make up Our Story

It is important to note that we had a lot of help along the way to get to this point.  Thank you to our family, close friends, business partners, industry partners, employees, vendors, and our supporting customers!